hmp10 said:
Wow, and thanks. A very informative post, UO2.

One of my disappointments when it became clear that the Air Dream Edition would not have the rear foot garages Lucid was constantly picturing with Dream stats was the rear seating position. The worry did not recede when I went to the Miami Design Studio and found my knees jacked up in the backseat just as they were in my Tesla Model S. And I have now been to two Lucid Design Studios for a total of four visits and have bumped my head getting into or our of the rear seat every damn time. (I used to be 5'8" before I started shrinking.)

I got so obsessed about this at one point that I was considering the EQS, having been blown away by the beauty of the Vision concept car . . . until they finally did the reveal and I caught a gander at that bulbous chrome-laden exterior and the Vegas casino of an interior.

Then, as reviews began, several reviews commented on the high knee position in the rear. One noted that the rear headroom in the EQS was actually less than in the refreshed Model S. Another reviewer said the angle between the seat back and the bottom cushion was so sharp that he was bending unnaturally forward (something hinted at by a graphic MB has posted).

Apparently all the EQS has going for its rear seat is a lot of forward leg room, something the Air also has in abundance, so I'm sticking with the Air.

What boggles my mind is that the Mercedes is over 3" taller than the Lucid, and its wheelbase is 9.9" longer. How in the devil could Mercedes make such a mess of packaging this car that, not only does it have no frunk, but it cannot better Lucid's rear seat with those considerably larger exterior dimensions? It really brings home how masterful a feat Lucid has pulled off with its drivetrain miniaturization.
Click to expand...

I'm still trying to figure out what Kyle liked? Is this Manfred Mann's Earth Band?
N

Another review of the EQS, this one from The Drive: 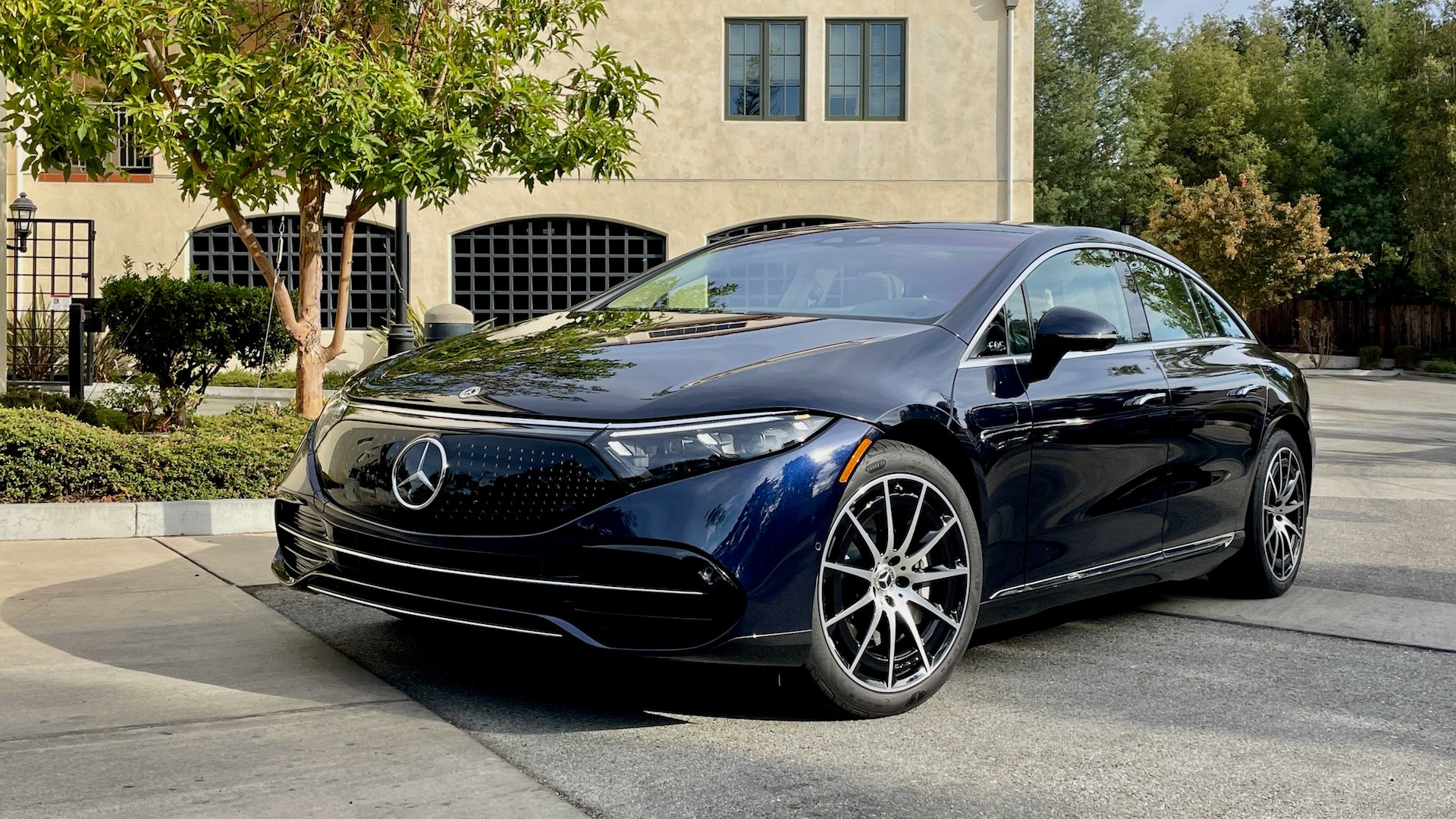 2022 Mercedes EQS First Drive Review: This Is the Electric S-Class

They did it. The electric S-Class lives up to the hype. And it’s like driving, but on easy mode.

Interestingly, he felt the rear seats were as comfortable as the front and had a lot of room. He also felt there was more wind noise than there should be.

Road noise is appreciably minimal but, despite that record-breaking 0.20 drag coefficient, wind noise is more apparent than expected mostly due to the fact that there's no internal combustion engine drowning it out.
Click to expand...

Is it perfect? Heck, no. The volume knob situation is perplexingly stupid, the wind noise makes it feel less than vault-like, its 340 to 350 miles of range isn't exactly best-in-class, and, it has to be said, the used-bar-of-soap styling is definitely more function over form.

But if you can get over all of that, the Mercedes EQS is a fabulously plush drive and a solid entrant in the increasingly crowded luxury electric sedan space.
Click to expand...