Mercedes has finally announced that EQS ordering may begin with a press statement. I'm putting this out there in case anyone wants to compare the actual features/costs of the EQS vs the Lucid Air/Dream.

It’s just amazing how many of these features in their $7,000+ package are in a Hyundai Sonata Hybrid at about $35,000. Obviously not the same luxury quotient, but to charge for these options that should absolutely be standard in a $106,000-$135,000 vehicle, just leaves a bad taste in my mouth.
W

Porsche does the same. Charges $950 for Lane Change Assist in the Taycan Turbo which starts at $152,000. Should be a standard addition as it is a good safety feature.
H

Alex said:
Mercedes has finally announced that EQS ordering may begin with a press statement. I'm putting this out there in case anyone wants to compare the actual features/costs of the EQS vs the Lucid Air/Dream.
Click to expand...

I think this press release applies to the European version only. I checked the mb-usa website, and the EQS is still listed under its "Future & Concept" vehicles tab. There is no ordering configurator, pricing, or options list available for the U.S. versions.

hmp10 said:
I think this press release applies to the European version only. I checked the mb-usa website, and the EQS is still listed under its "Future & Concept" vehicles tab. There is no ordering configurator, pricing, or options list available for the U.S. versions.
Click to expand...

Yes, that's right. The prices on there also include the Euro VAT of 16% or so. I don't know what the import duty is in the US, but I think we will see similar prices here. Many times, the Euro configurations are different than the US ones, but it seems the they have some basic options and the US should be getting those too.

There are several video reviews of the Mercedes on YouTube now, as Mercedes held a press event in Europe. The interior looks very comfortable and features two or three digital panels that span the dash. There’s also lots of colored LEDs for accent lighting. I assume it will be at least $10,000 more than a comparable S-Class.
H

I thought the Vision Concept was the most beautiful car inside and out that I had ever seen and was hoping that many of its design elements would make it into EQS production. To my mind, Mercedes instead decided to bring the video arcade design aesthetic of its new ICE cars over to the EQS. Mercedes has apparently decided that luxury equates to stuffing the interior with quilted upholstery, faux piano lacquer bit and bobs, chrome accents everywhere, and LED strip lighting in every nook and cranny. The exterior is likewise laden with chrome strips on every single crease and line that could sport them. All that's missing is a vinyl roof and opera windows to make the 70's real again.

Our new Tesla Model S Plaid arrived at the Service Center yesterday, and we drove up to take a look at it. As it still had shipping wrap on it, they wouldn't open it up for us to examine the interior. I am not a fan of the too-self-consciously-spartan look of Tesla interiors, and we chose a black interior to minimize the effect of featureless vegan leather panels all over the car. However, I find going to the extreme of Tesla's simplicity more tolerable than going to the decorative excess of Mercedes' new look.

Having sat in two Lucid Airs, I still find its exterior and interior aesthetic to be the most balanced design going right now in the world of EVs . . . not to mention its stellar performance and range specs.

I just hope they get the damned thing into production at some point.
H

Jeez, what is going on with the Mercedes' design team? The new Maybach concept EV looks like the last thing Jonah saw before the whale ate him. 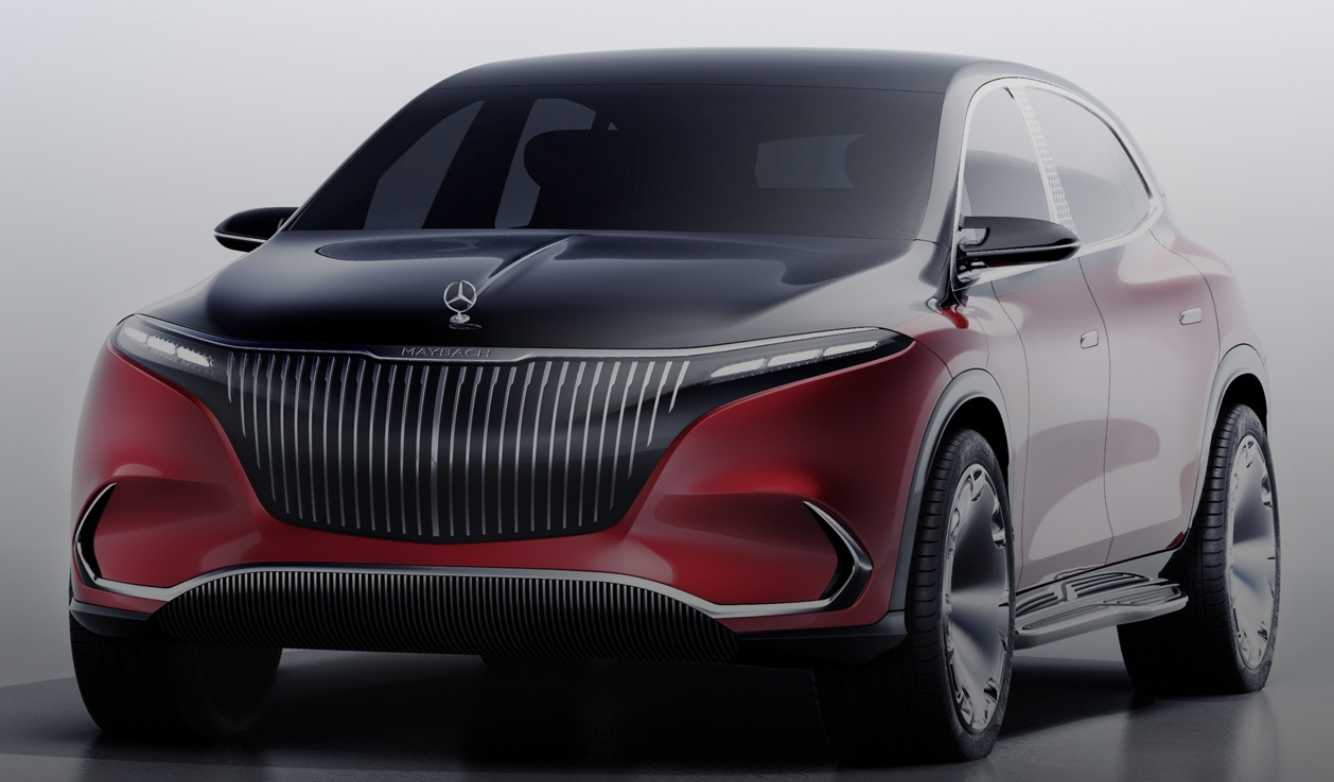 Mercedes seems to have brought out the ugly stick to design its EV lineup.
L

There was an older Chevy that looked like that, but I can’t recall which model. Not sure what’s up with the MB design team.
H

YES!!! Is that MB profile not a ringer for the old Malibu? Crazy.
H

There we have it. The all-new EQS from Mercedolet.

With interior by Atari: 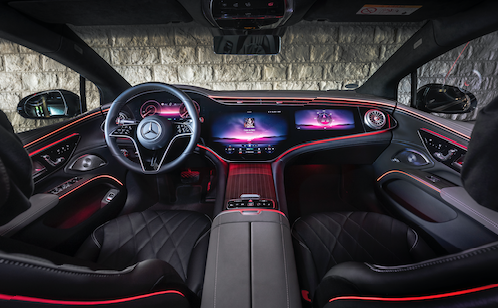 I feel my lunch coming up.
L

I was charging at an EA charger this afternoon and pulled in next to a black Taycan Turbo. Gorgeous car. The owner told me he paid close to $250,000 for the car and had every option imaginable. I didn't realize you could top out at that much with a Taycan.
You must log in or register to reply here.
Share:
Facebook Twitter Reddit Pinterest Tumblr WhatsApp Email Link
Menu
Log in
Register
Top