Lucid Motors doesn’t want to be a ‘Tesla Killer’ 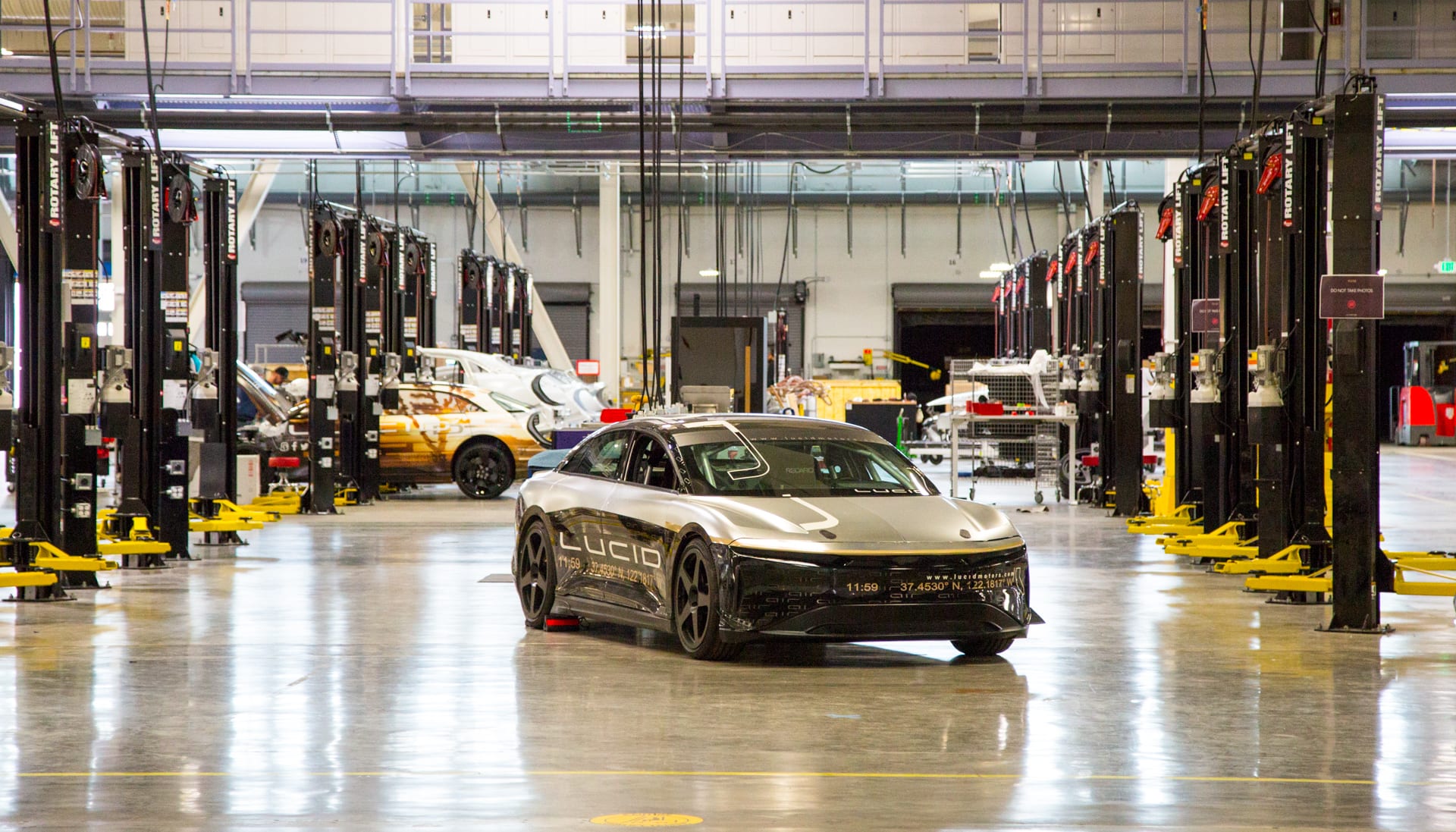 ​
Lucid's CEO Peter Rawlinson is tired of hearing the term "Tesla killer." Yes, the Lucid Air will be an electric sedan with a proposed range of 400 miles, but Rawlinson is aiming at the luxury market. "Our main competitors are Mercedes, Audi, and BMW." He wants the automaker to build the electric version of the S Class, the pinnacle of German luxury. Pulling that off would be a coup. Fortunately, Rawlinson knows a thing or two about coups. ​
Humans like lumping things into categories. If an automaker is building an electric sedan, the brain immediately wants to pit that vehicle against the Model S. But here's the thing, Rawlinson was the chief engineer for Tesla's ground-breaking car. He and Tesla changed the automotive landscape with that vehicle. It showed the world that people would buy an electric car if an automaker built something that was compelling.

Now Rawlinson wants to build something a bit fancier. But the automaker is doing more than just grabbing batteries and motors of the shelf and shoving them into a luxury package. Lucid is doing things in-house the way Tesla has done.

Lucid currently builds the battery packs used in Formula-E under the Atieva name. It's using that harsh environment to help optimize the packs it'll be putting in its upcoming production car. Rawlinson is obsessed with efficiency; he continues to praise Tesla for its ability to squeeze every last mile out of its packs. But he thinks Lucid can do better.

The powertrain is also being produced in-house. During a tour of the company's Bay Area headquarters, I was shown a prototype next to offerings from Tesla and other automakers. Sadly, I wasn't allowed to photograph it. But it was smaller and lighter than what we see in Model 3. The Lucid powerplant is 18 kilograms versus Tesla's 25. It also delivers more power. Lucid's beta motor is rated at 450 kilowatts. The Model 3, about 211 kilowatts. 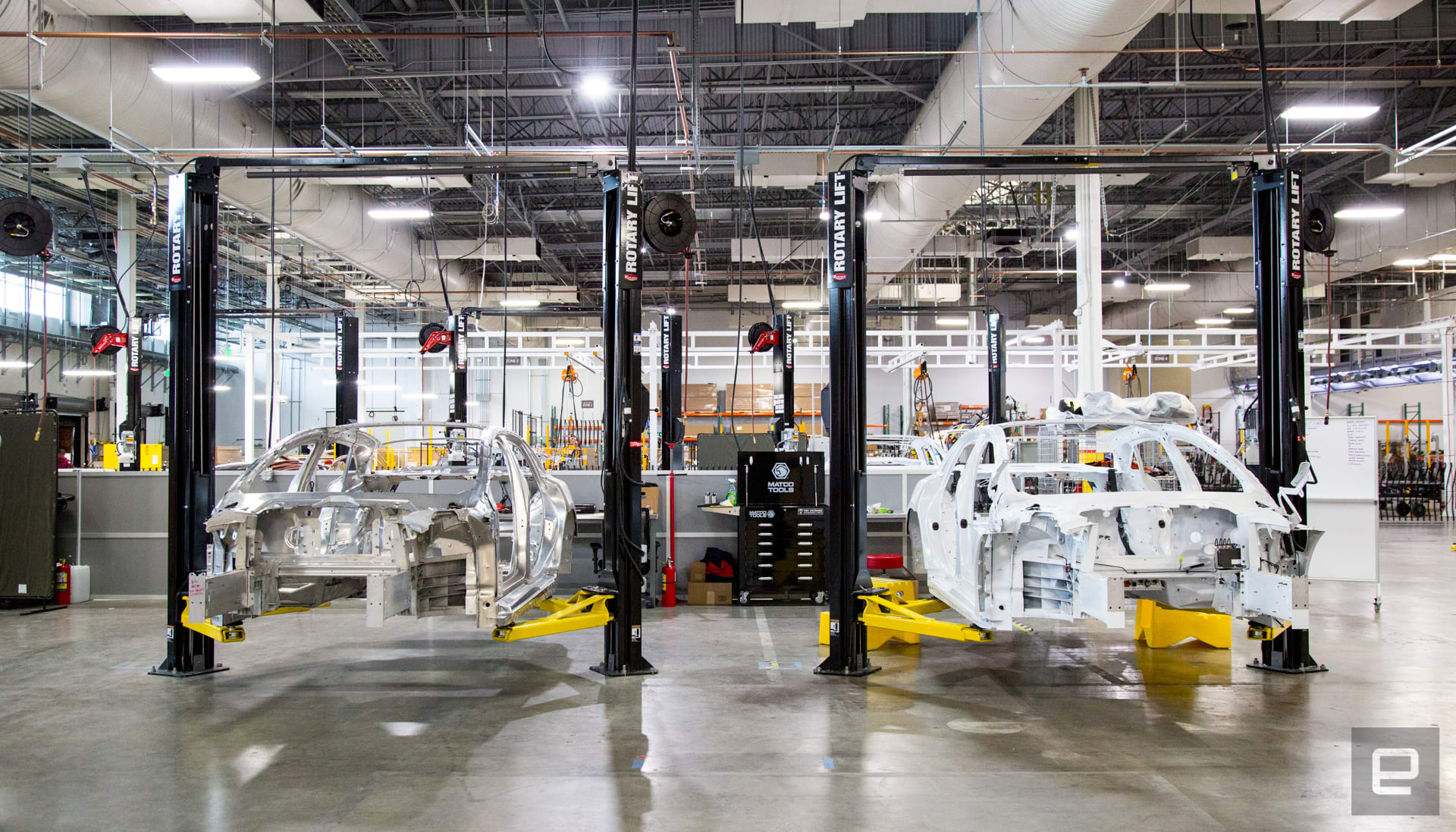 ​
The real-world results are about 600 horsepower from Lucid's smaller motor to what the Model 3 motor outputs (which is about 285 horsepower). So more power from a smaller package. Rawlinson also noted that Lucid's motor is optimized for production. "We've used a special technique that we've developed in-house to make it super manufacturable," Rawlinson said.

That final build will happen in Arizona. The automaker recently broke ground on a new factory to make the production version of the Air. It's currently building 80 beta versions of the car in Northern California just a stone's throw from Tesla.

Meanwhile, the vehicle frames and bodies are up on racks being fine-tuned while battery packs are manufactured a dozen yards away. The office is filled with teams trying to solve the motor, battery, suspension and electrical issues that all automakers have to deal with. Lucid currently has 800 employees trying to solve all these issues and get the Air into production by the end of 2020.

Post Tesla, the automotive landscape is littered with the dashed dreams of EV startups. Some stick around a bit longer than others and of course there's always the drama surrounding the space. Rawlinson says Lucid has kept quiet all these years because it really didn't have anything to show.

But now things are ramping up and the automaker is hoping to follow in the footsteps of Tesla with the help of one of that company's head engineers. If it all goes to plan, potential buyers will be able to buy the long-range Lucid Air sedan around the beginning of 2021. Like the Porsche Taycan it'll immediately be compared to the Model S. If it succeeds like that car, then that comparison won't be such a bad thing after all.