​
Lucid’s astute forum members have uncovered news the automaker may or may not want the public to see yet. Patent images of Lucid Motors’ upcoming Gravity SUV were uncovered in a filing with the EUIPO.

The Gravity is not a production EV yet, but its patent images closely mimic the concept Lucid has teased. The public caught a glimpse of Lucid Motors’ Gravity after the unveiling of its flagship Air sedan.

Dream Edition, Lucid Air’s first trim, was originally scheduled to arrive this spring. It has since been pushed to sometime in the second half of 2021. This delay announcement came just days after Lucid announced a merger with SPAC Churchill Capital Corp IV ($CCIV).

Still, Lucid insists it is still on track with production of the Air sedans. Furthermore, CEO Peter Rawlinson said it is already preparing phase two of its AMP-1 production facility in Casa Grande, Arizona. The expansion should break ground at the end of this year to make space for Lucid Motors’ Gravity production. According to Rawlinson, “Project Gravity” is scheduled to be complete by 2023. 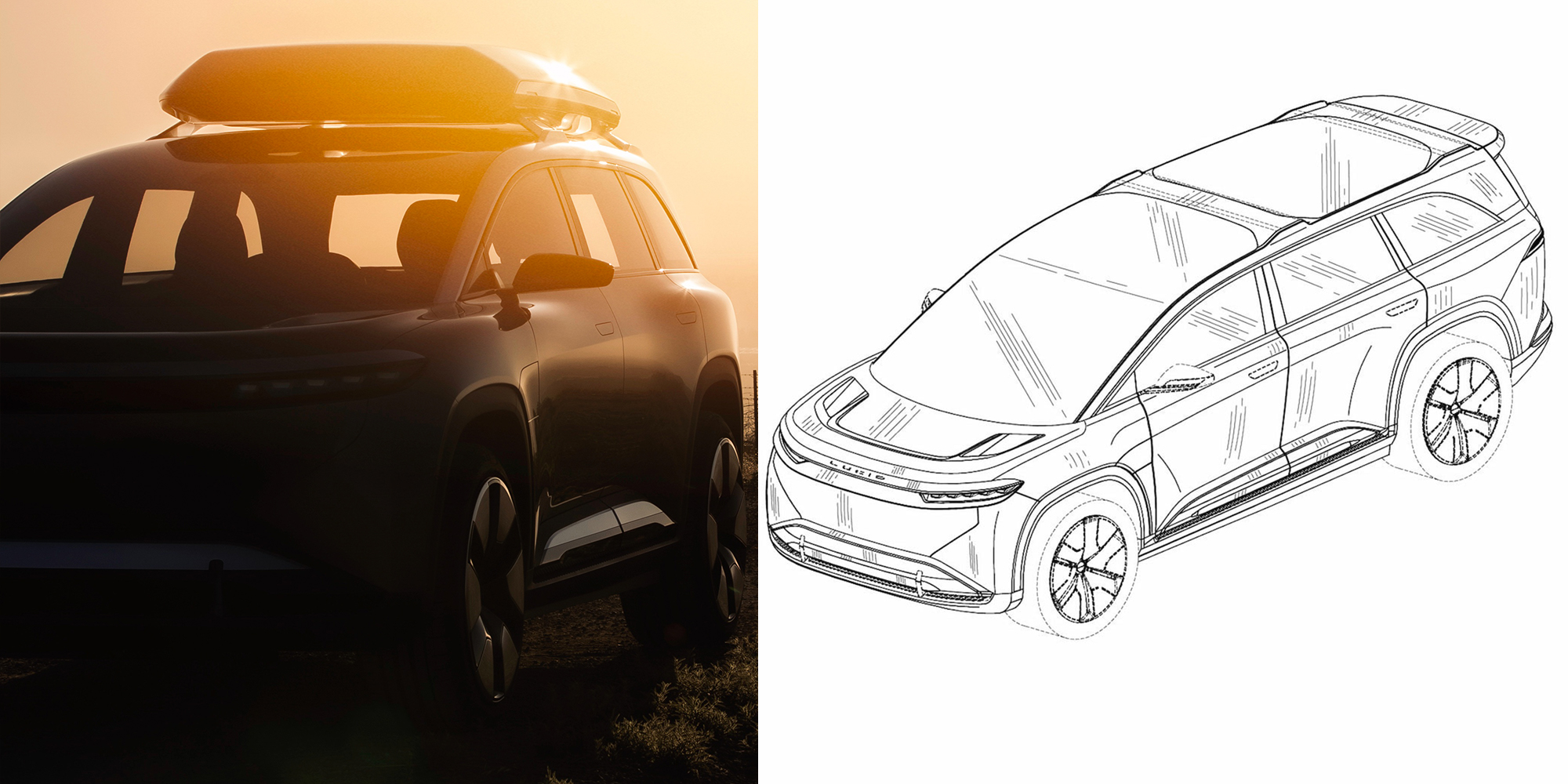 ​
Patent images of Lucid Motors’ Gravity SUV
In a post from Lucid forum member evonthego, several patent images filed with the European Union Intellectual Property Office (EUIPO) show what a production Gravity may soon look like. To better see what has changed on the Gravity, we’ve put similar images side by side below for you. 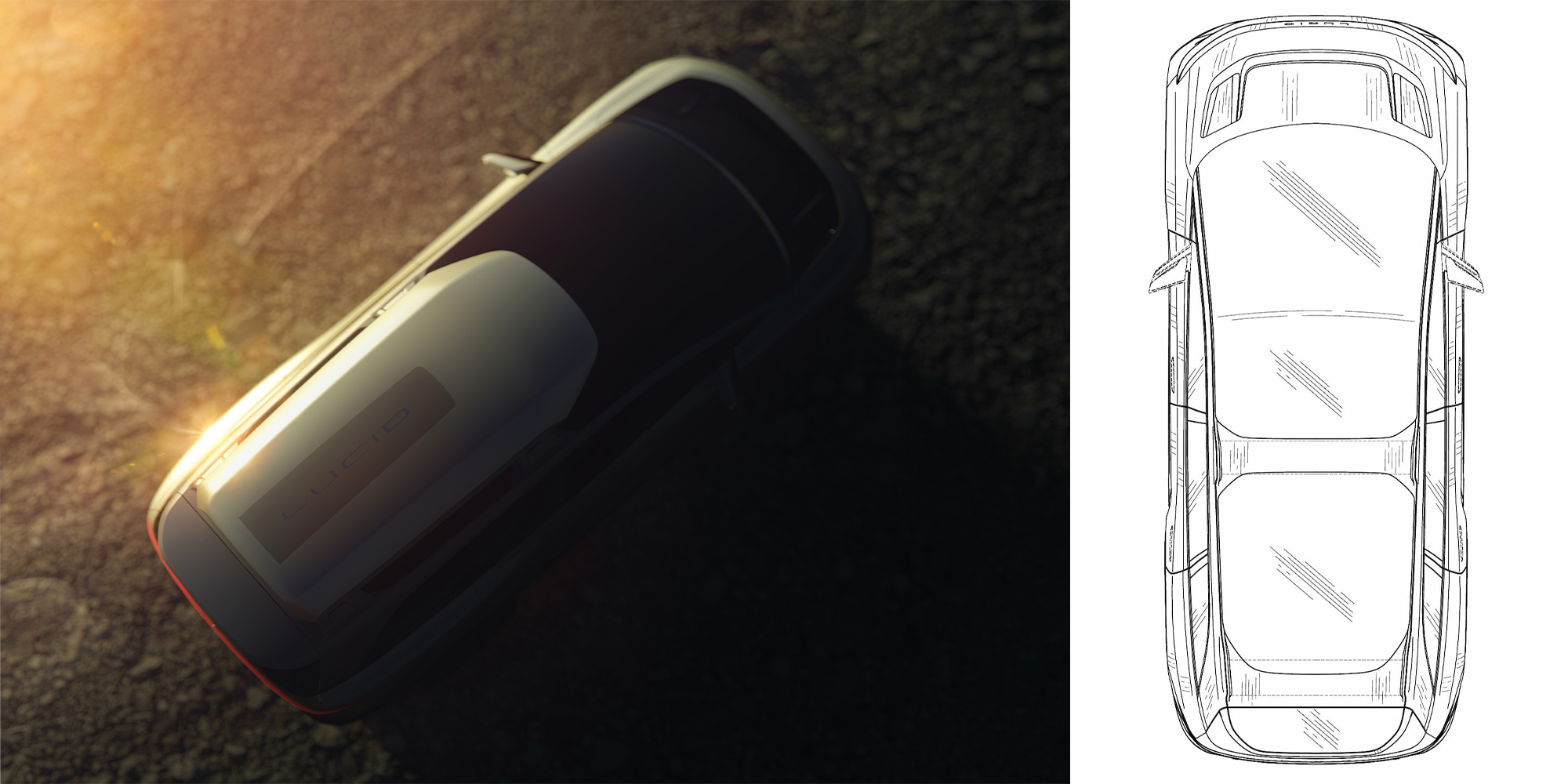 ​
Let’s start up top. As you can see, Lucid has added a lot more glass to its roof compared to the concept images. This should let in a lot more natural light and help the interior cabin feel roomier overall.

It’s doubtful that Lucid ever planned to keep its name on the roof of the Gravity, either. This is a welcomed change, nonetheless. 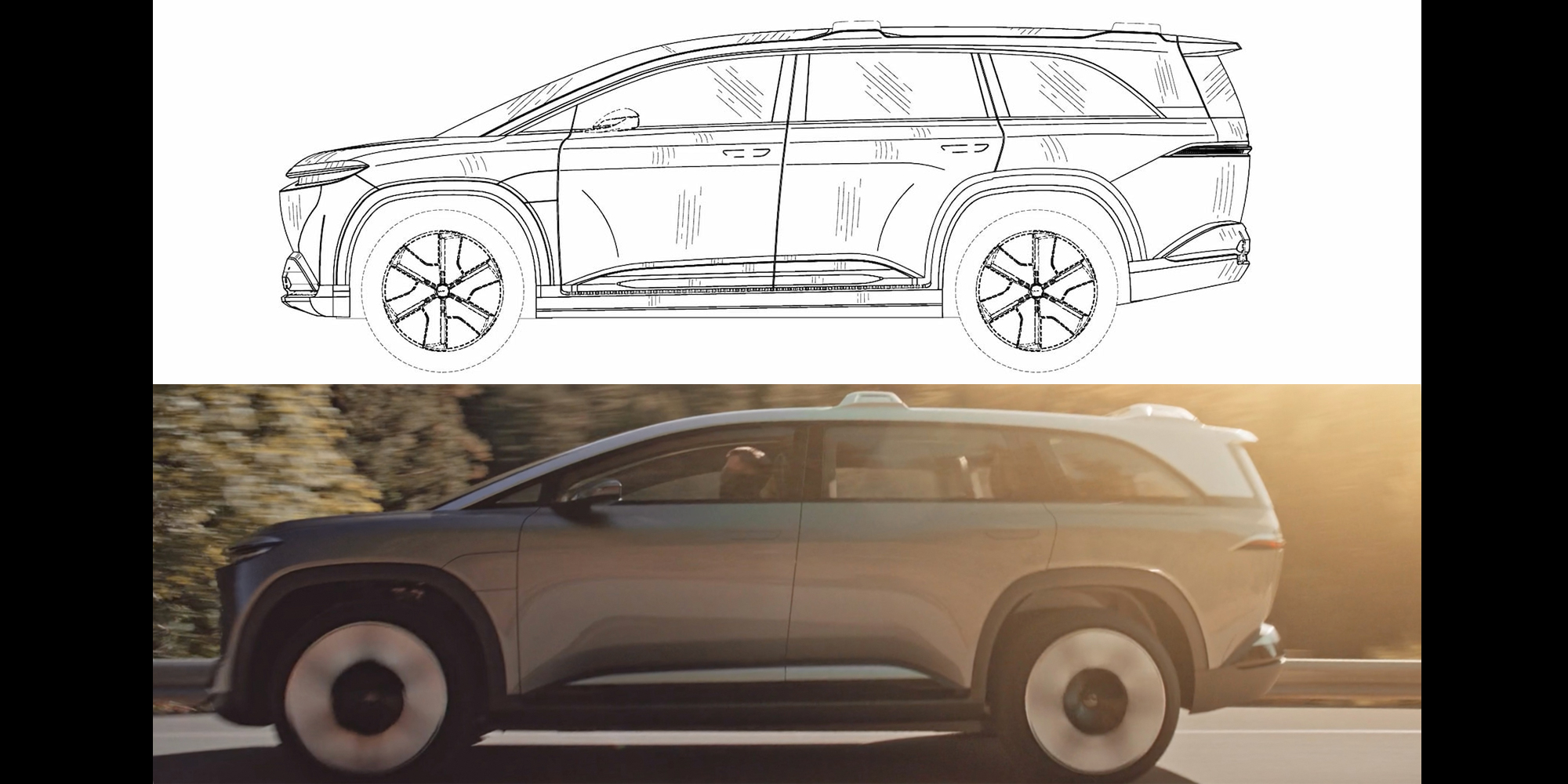 ​
This side view offers some of the best evidence of changes on the patent Gravity compared to the concept. The front end appears to be slightly bigger, while the back end is noticeably so. The concept back end sort of bubbled out, but it appears Lucid has now moved the rear bumper out further. This should allow for more cargo.

Additionally, it looks like Lucid plans to add slightly wider glass to the rear as well, again allowing more natural light within the SUV and better visibility looking out the back. The wheelbase looks about the same from this angle. 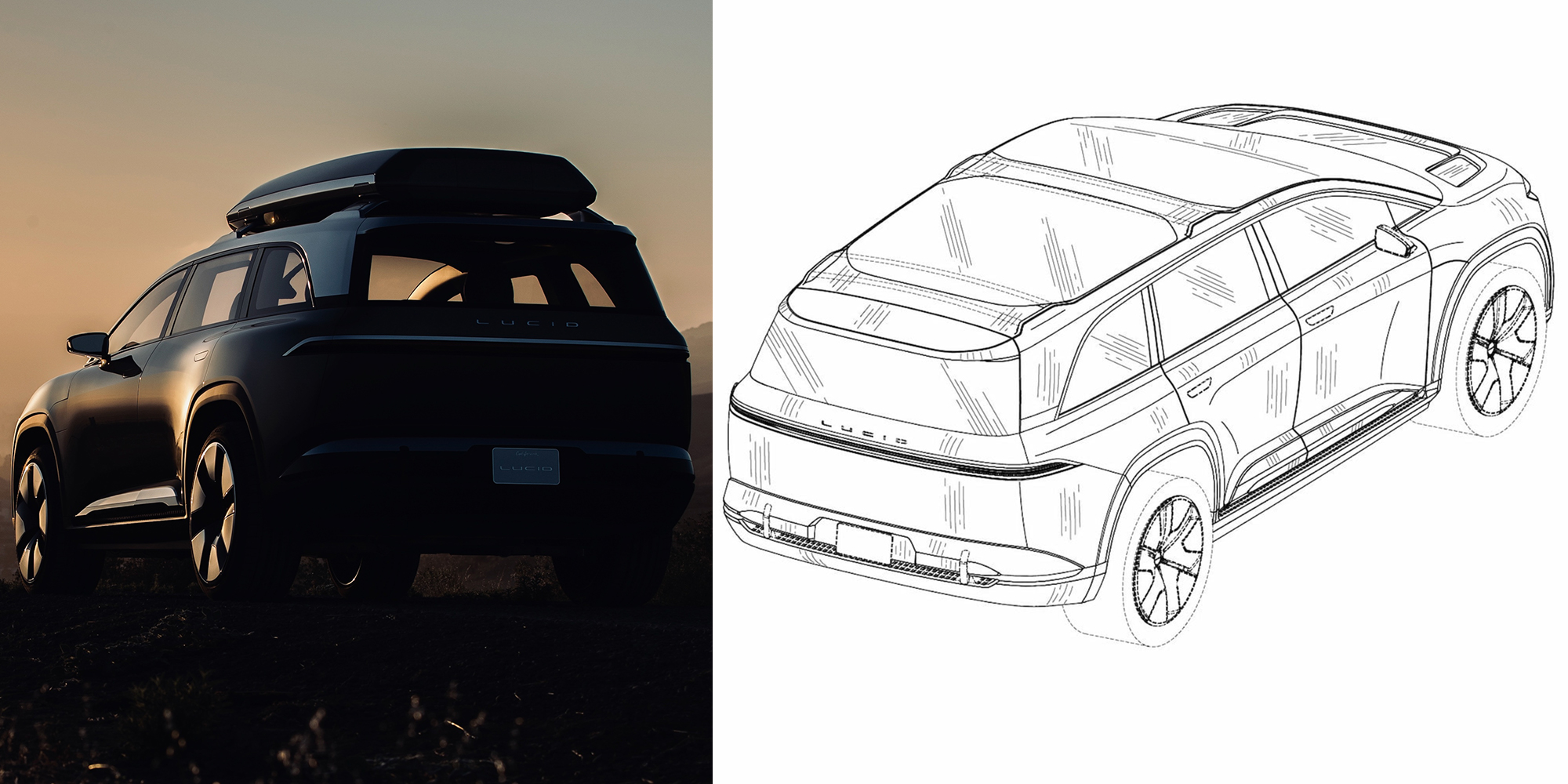 ​
Moving around to the rear (see also the featured image), we can see more evidence of a slightly longer back end. It’s hard to confirm a clear difference in the rear glass. However, the glass in the patent image does still look slightly wider toward the curving around each side.