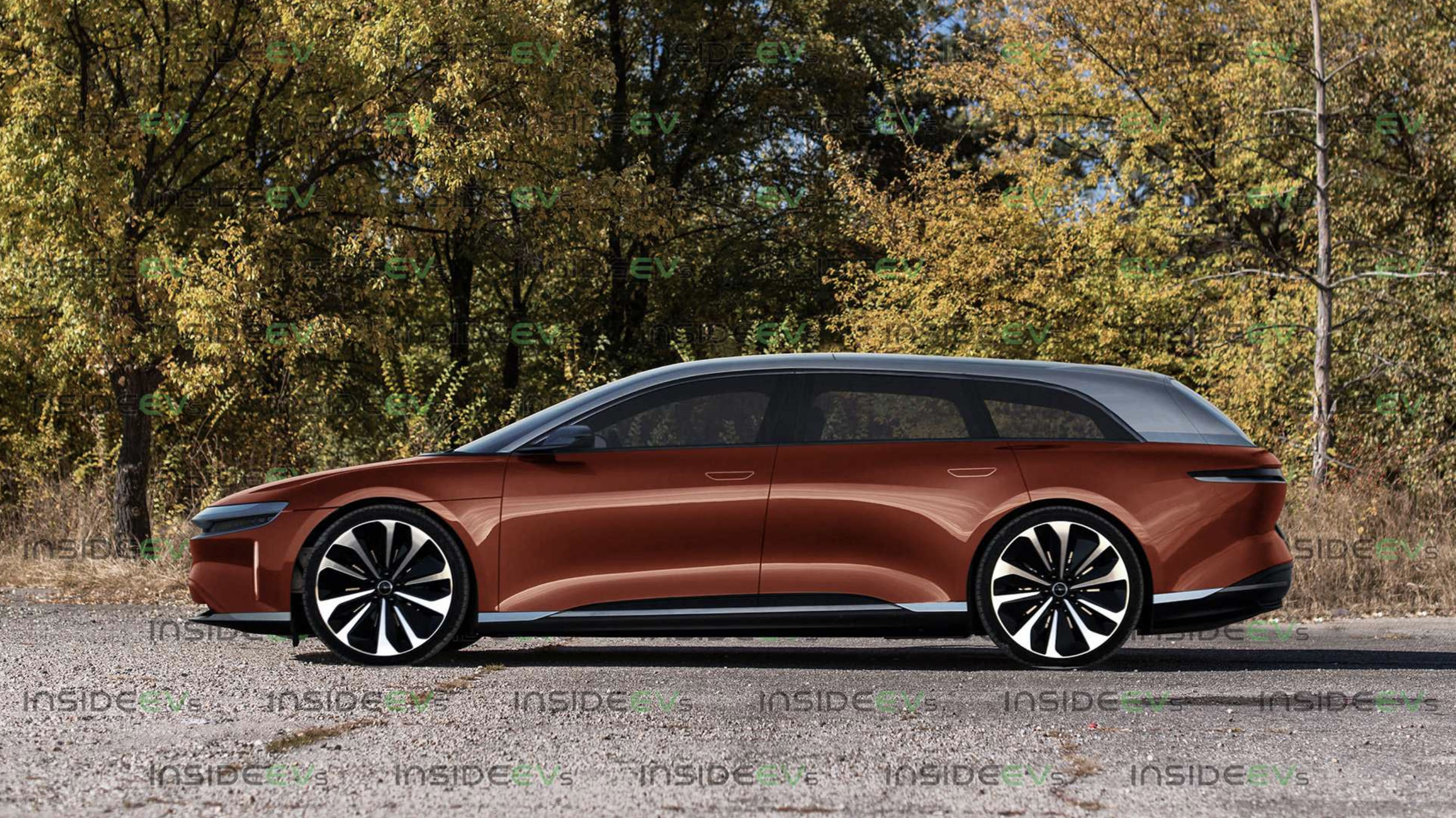 ​
Lucid will reveal its second model, an SUV, soon, but should it also create a load-lugging version of the Air sedan?
The Lucid Air electric sedan is set to debut today in its production form and there is a big chance the company will also show off a preview version of its second model, an SUV. And sure, that will please the market, which is leaning more towards SUVs than sedans as of late, yet the Lucid high-rider won’t be to everybody’s taste.
There will be those few car people who won’t be that thrilled with the idea of an SUV, wishing instead that Lucid would have made a wagon version of its Air instead. For those (few) wagon fans out there who are also into EVs, I decided to try to envision what an Air wagon would look like.

The result is this rendering which I think looks quite close to what Lucid would actually do if it actually created an Air with an estate body style. It’s nice to picture this vehicle, even though the likelihood of it becoming a production model is extremely low, even though since there are no luxury EV wagons on the market, it would be a niche Lucid would have all for itself.

Now am I alone in wanting this more than the sedan or the upcoming SUV, or am I just weird in my aversion towards high riding vehicles? Think about it - this wagon would offer the interior space and practicality of an SUV, but with the road holding and performance of the sedan; those are two wins in my book and would make for a very desirable electric wagon.

Britons and Europeans still like their "estate cars" and "combis" (aka station wagons) much more than American buyers do. The relatively minor changes required to put this rendering on an Air platform could well make sense for those markets.
B