When Lucid Air electric sedan production starts, quality will be a priority 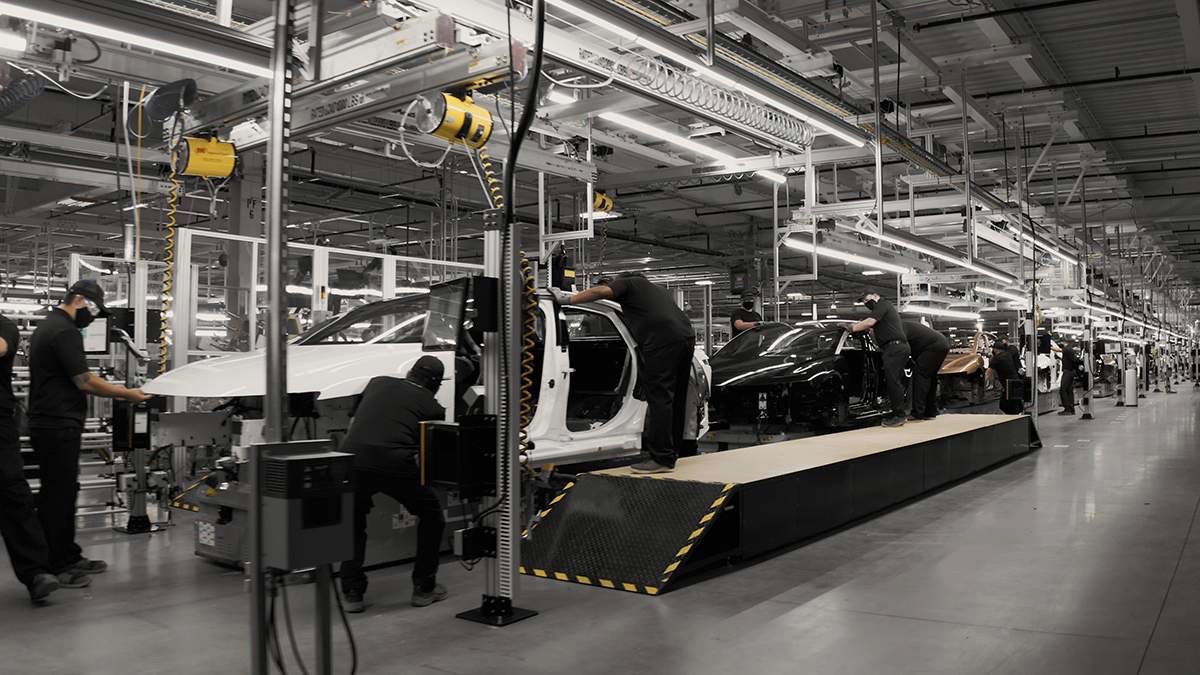 Production of the Lucid Air electric car will soon be underway in the second half of the year, and to show the level of preparation that's going into it the company is highlighting the quality-control measures at its Casa Grande, Arizona factory.

The video shows the general assembly area of the factory, where powertrains and suspension components are installed in completed body shells. While Tesla has emphasized automation at its Fremont, California, factory in a bid to look cutting-edge, Lucid has a somewhat different focus.

“We do have some robots and we do have automation, but this vehicle is put together by humans," Art Schlaud, Lucid director of manufacturing for general assembly, said in the video. "And it takes real craftsmanship.”

Assembly is followed by an inspection that includes 180 attributes before a car is released, Lucid said in an accompanying press release.

The Arizona factory—which Lucid calls AMP-1—was completed last December, Lucid CEO Rawlinson was shown giving the Air some final scrutiny just last month. The first production cars are scheduled to reach customers in the second half of this year.

Next, Lucid plans to launch an SUV codenamed Project Gravityin 2023, with additional models expected after that. The factory was conceived to ramp up through expansions to 400,000 vehicles annually by about 2026—which also means that quality measures need to be in place from the start.

Although early buyers of the Tesla Model 3 didn't seem to care about quality and assembly issues, there are now a number of other long-range EV choices, and it's far more likely that buyers will have the same standards they'd expect of internal-combustion models.

That's a natural progression as the EV market moves from early adopters to a wider array of customers. Without the hype surrounding Tesla, Lucid will have to double down on delivering a quality product—especially considering the company's claim that it's building "the world's first true luxury electric vehicle."