​
American automakers Rivian and Lucid Motors have both recently revealed locations in expanding their retail presence in the United States. Both electric vehicle manufacturers have large aspirations to compete with Tesla, although either has yet to deliver a consumer EV so far.

The announcements of retail and service spaces opening for for Rivian and Lucid, show how both automakers are looking to grow customer bases quickly. Furthermore, each company’s proposed list of future locations show how each is taking a similar distribution approach to emulate the current industry leader, Tesla.

Rivian reveals second of ten upcoming locations
Michigan-based Rivian, recently announced that its second retail location will be opening up in the “Windy City,” Chicago. The site is set to open this year, is located in the former warehouse district of Fulton Market on W. Randolph Street near the west loop. This retail announcement joins Laguna Beach, CA as the two confirmed locations by Rivian. This early move in Chicago makes sense since the company’s two upcoming EVs are currently manufactured 130 miles south of the city in Normal, IL.

Previously, the company stated it plans to open at least ten retail centers to start, although no other cities have been confirmed. That being said, people on the Rivian owners forum have begun to do some sleuthing of their own based off of job postings in various cities. They have already begun to speculate what major cities might see Rivian break ground on next. Again, none of these other cities have been confirmed by the automaker yet, but they do make sense. Especially large markets like New York, and Los Angeles in addition to Seattle now that Rivian is supplying Amazon with all-electric delivery vans.

As noted on earlier, the Amazon vans are the first Rivian vehicles to actually hit the open road. Rivian’s two flagship EVs, the R1T pickup and R1S SUV are currently in production. The five-seat R1T is scheduled to deliver this June, while the seven-seat R1S should arrive a couple months later in August. Previously, Rivian CEO RJ Scaringe has said the company plans to open 41 service centers where repairs, maintenance, and over-the-air software updates will take place. Keep an eye on our Rivian guide for the latest news. 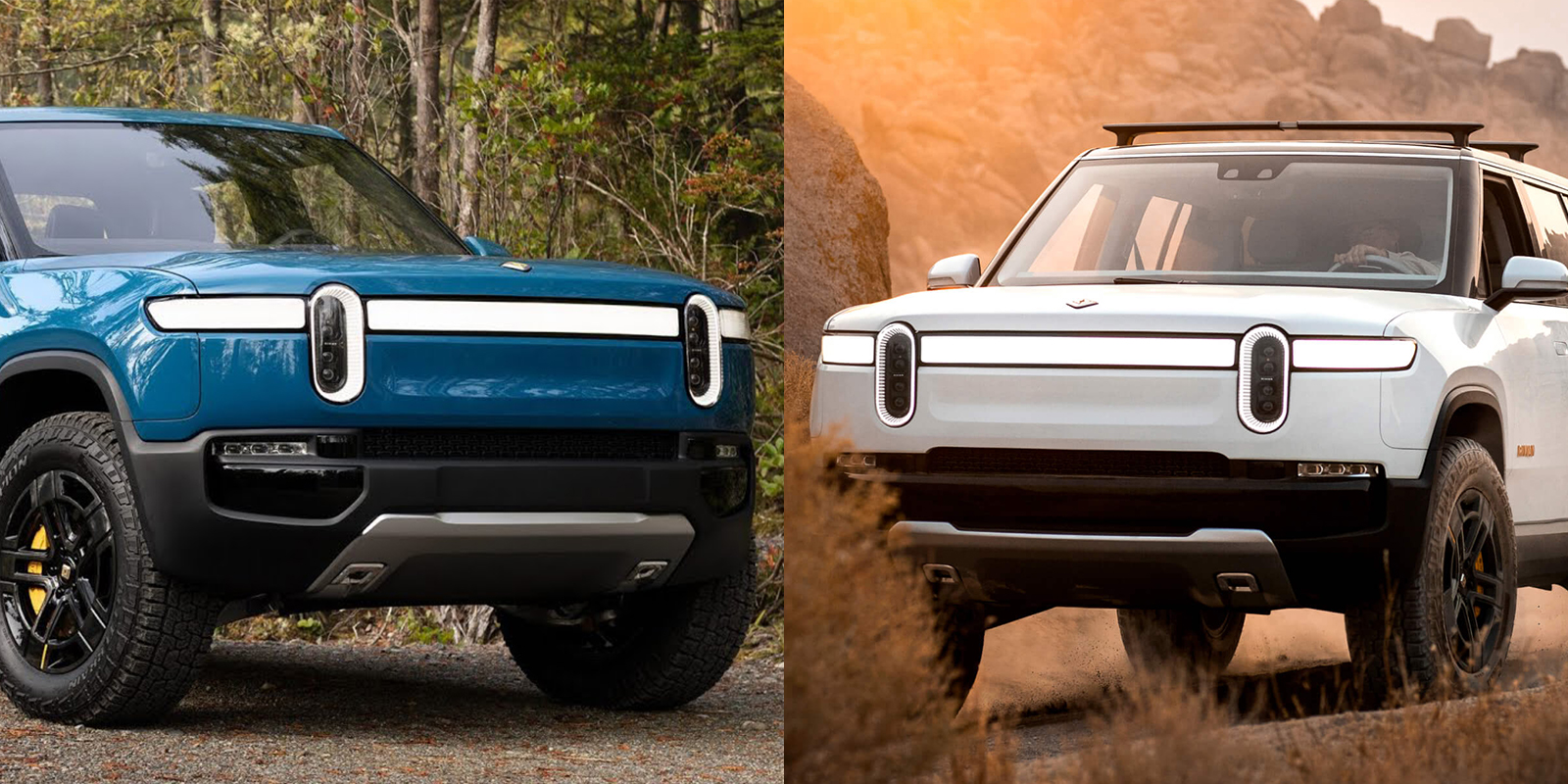 ​
Lucid Motors has big retails plans for 2021
If you thought Rivian was making big moves into brick and mortar retail this year, Lucid appears to have bigger plans. At the very least, it is being much more transparent about it. Last summer, Lucid Motors announced plans to open 20 retail and services centers in North America in 2021.

Lucid Motors prefers not to refer to these upcoming spaces as “showrooms” either. Since, each visit will be an “experience” for consumers, the automaker prefers to describe these new locations as “studios,” According to it’s website:

Exploring a Lucid Studio, visitors will get a vision of how the company draws inspiration from the beauty, innovation, and diversity of its home state of California. Lucid Studios augment the physical experience of seeing and touching a Lucid Air, along with the materials used in the interior, with an elevated digital experience. Using a 4K VR configurator, Lucid’s Virtual Reality Experience combines the physical and virtual worlds to allow seamless personalization of everything from interior finishes and materials to exterior color.
Click to expand...

The California-based manufacturer has since opened its doors to six Studios and two service centers. The two most recent openings are in Miami and West Palm Beach. The automaker appears to only be getting started as well. A recent Tweet by @jcurry shows another Lucid Studio scheduled to open in Spring 2021. This one will be in the meatpacking district of Manhattan in New York City.


https://twitter.com/i/web/status/1358170533314101251
Upcoming Lucid Motors locations
According to Lucid’s website, here is where customers can expect to see a Lucid Studio or service center pop up near them:

As you can see, Lucid’s retail presence is expected to multiply like Gremlins this year. Its first EV to be delivered will be the Lucid Air Dream Edition sedan, set for spring 2021. Less expensive trims of the Air are due out later in 2021 and into 2022. Check out our Lucid Motors guide for the latest Air news. 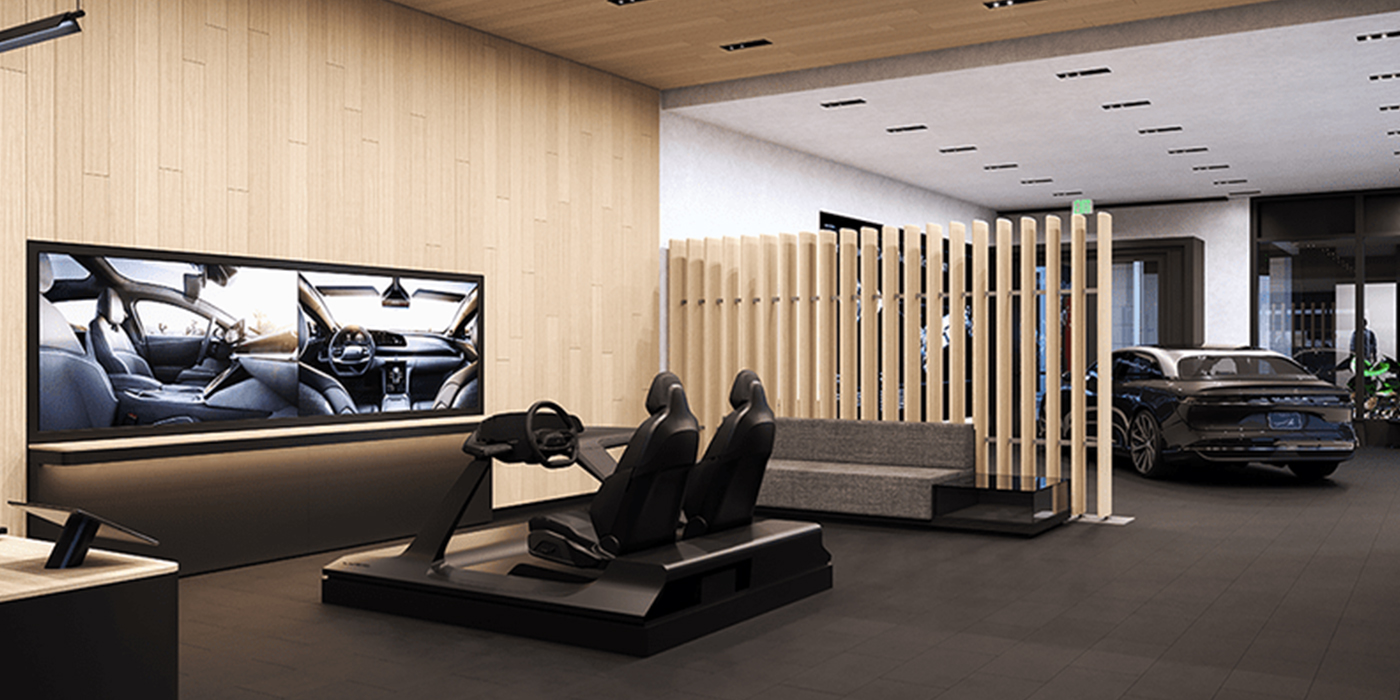 While both these up-and-comers are making their physical presence felt in 2021, these retail spaces have almost no resemblance to dealerships. Hence the aversion to even using the word “showroom,” in the case of Lucid Motors. These spots are meant to raise awareness of the brand, gather intrigue, and let potential customers come in and physically sit in something. Yes, sales can still certainly be made at these new locations. However, much like a direct sale a company’s website, you build an ideal EV, pay, then wait for delivery. It’s truly become like ordering a way more expensive, custom pizza.

If this technique sounds familiar, its because another somewhat popular EV has found great success using it – Tesla. The choice to completely own and operate the entire distribution line of your product would not had been as easy twenty years ago. But Tesla has already shown proof of concept and then some. Keep an eye out for both Rivian and Lucid retail locations as they continue to grow. It will be exciting to visit these places and experience these highly anticipated EVs up close.

Assuming Rivian is also choosing its store locations based on where the reservation holders are, it indicates just how different the buyer demographics for Lucid and Rivian products are. For instance, Lucid's first two non-California locations are on the east coast of Florida. Rivian's list of upcoming locations put Florida nowhere on the list and show only one California location.

This suggests that their being electric vehicles is secondary to the types of vehicles (trucks vs. sedans) they are. Put another way, Lucid reservation locations are tracking the earlier Tesla sales pattern of regions where interest in EV technology is paramount, while Rivian reservations are coming more from areas where pickups and SUVs dominate the market.

I have owned all types of vehicles over the years and am now aspiring to sample an EV version of each of the major vehicle classes. Not only do I have a Lucid Dream Edition reservation, I have a Rivian R1S Launch Edition reservation. I'm rather disappointed to see Florida is not figuring early in Rivian location decisions, especially as Miami was on the show circuit that Rivian has postponed due to Covid-19.
You must log in or register to reply here.
Share:
Facebook Twitter Reddit Pinterest Tumblr WhatsApp Email Link
Menu
Log in
Register
Top