​
The Chicago Athenaeum has awarded Lucid Air with a Good Design Award for 2020. "Designed for Lucid Motors by former Audi-Volkswagen designer Derick Jenkins, the new luxury sedan is sleek and elegant, sculpted like a streamlined aircraft, while its futuristic details exit in a very clean and orderly approach, something more relatable, clearly future-focused, but still enduringly smart and sophisticated," stated Christian Narkiewicz-Laine, architecture critic and chief curator of The Chicago Athenaeum's Good Design.

"What's more, the new electric car, unofficially dubbed 'Tesla killer,' is also giving Tesla a run for the money in terms of pricing, technology, and performance. The California-based startup Lucid Motors is a game-changing electric vehicle in the near future, standing out from the fold with proven performance and a new vision developed by industry veterans, skilled designers and, crucially, all the financing in the world," Narkiewicz-Laine continued. "Jenkin's amazing muscular design for Lucid Air is a stunning break-through vehicle from the otherwise dull, monotonous American car industry as we know it."

For Lucid Air, Jenkins drew his inspiration from classic high-style, European sports car designs of Bertone, Pininfarina, Giugiaro, Italdesign, but aesthetically different. "I grew up in the 1970s and 1980s," Jenkins said. "So, all the cars that I appreciate-that I kind of obsess about-are from that time period. I'm a huge fan of, obviously, the first Countach and Lotus Esprit, Porsche 911 and Porsche 928-these kind of Italian and German-derived cars."

On the Jenkins-designed exterior, the sedan has a relatively long wheelbase and the cabin is stretched out much farther than other cars in that class. As a result, the design has a fairly short hood with a very short trunk. 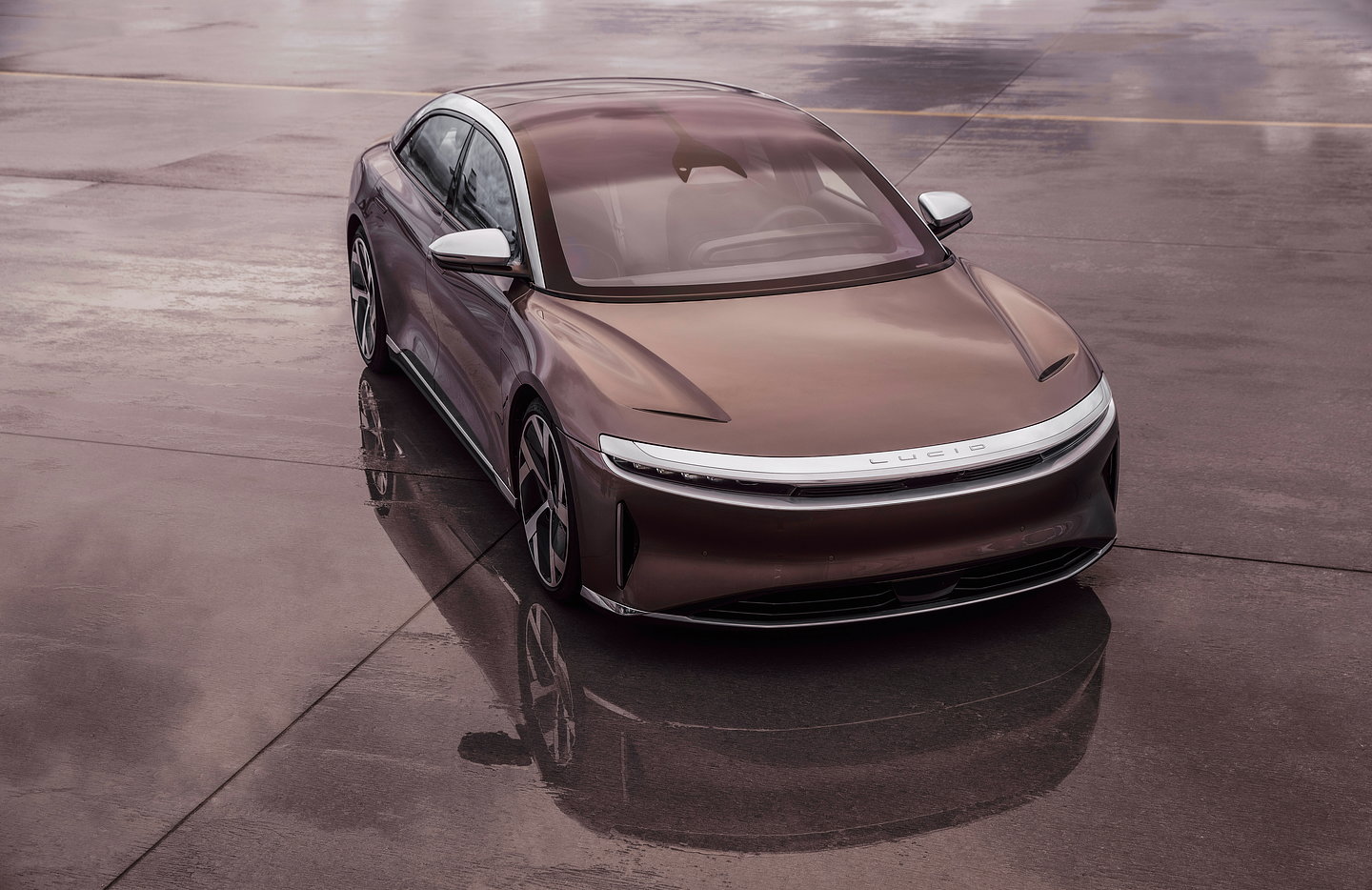 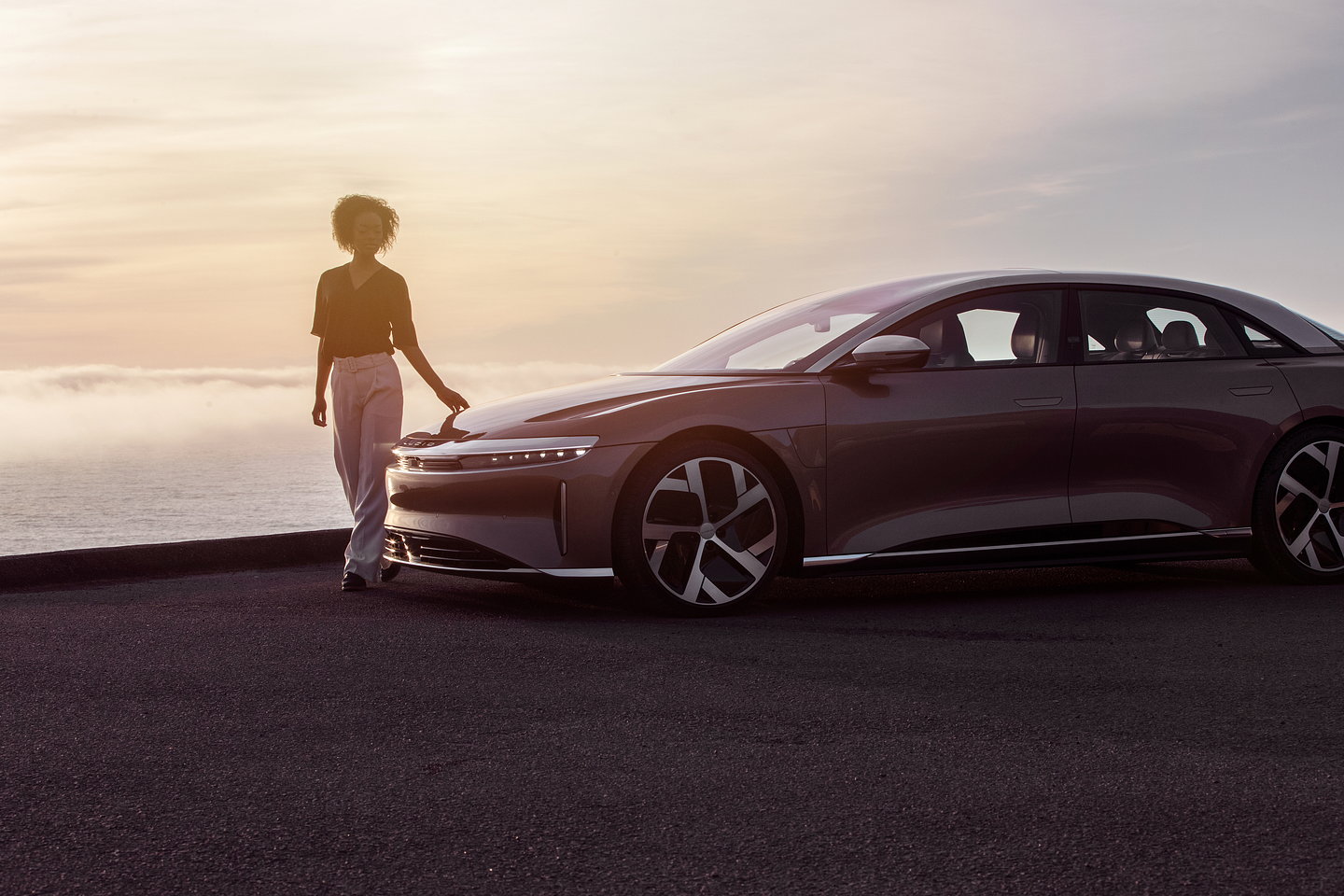 ​
"We really approached it like the components are miniaturized, we pushed them away from the occupants, maximized interior space," Jenkins explained. "That became an immediate opportunity. And then keeping the outside compact, agile, and sporty so it's still like a sport sedan on the outside, full-sized luxury on the inside, with hypercar performance and the cargo capacity of an SUV.

"So, you have this really unique combination of attributes that don't exist in the marketplace today. From that point, we really focused, on building this brand around those attributes, building a core DNA to the brand. And then that, of course, leads to actually designing the car and building an aesthetic."

Production of Lucid Air has started this month in Casa Grande, Arizona, with deliveries scheduled to start in early 2021. 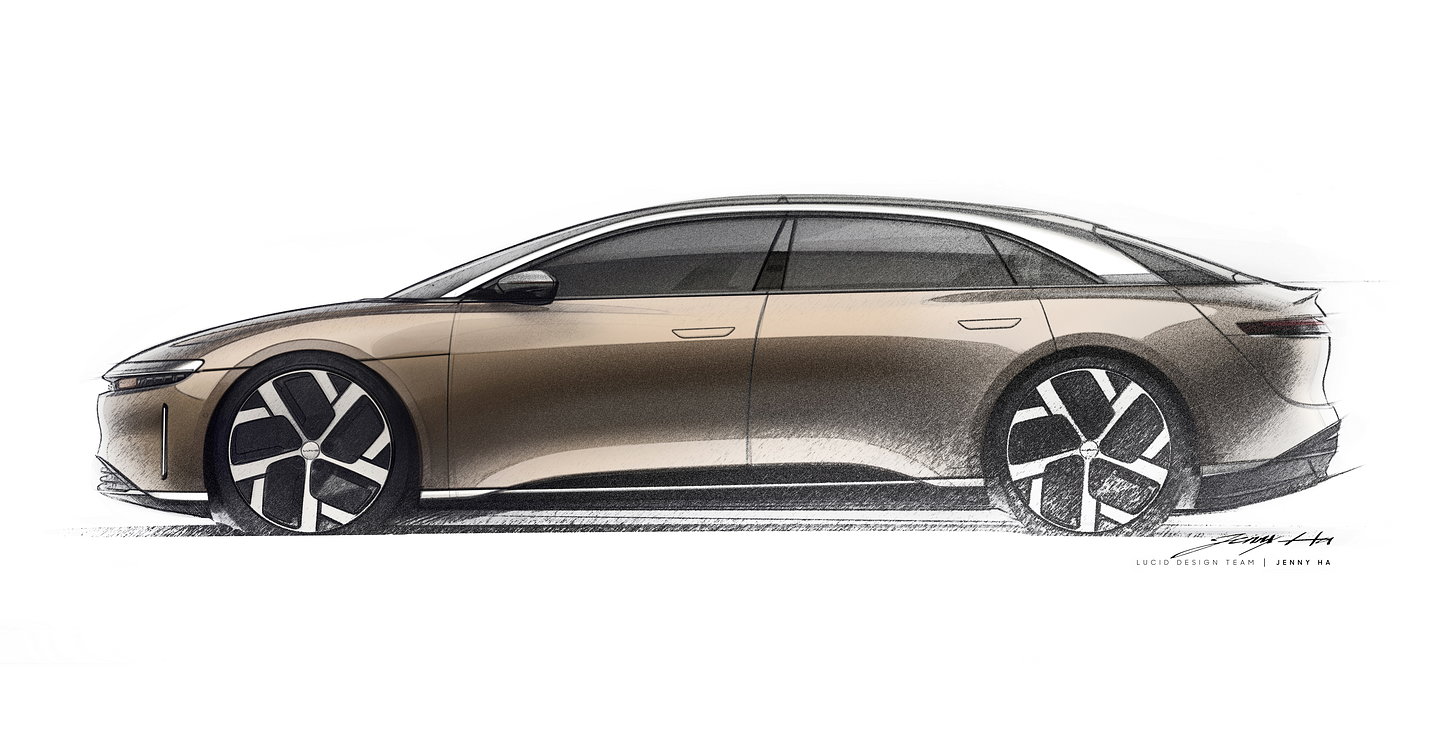 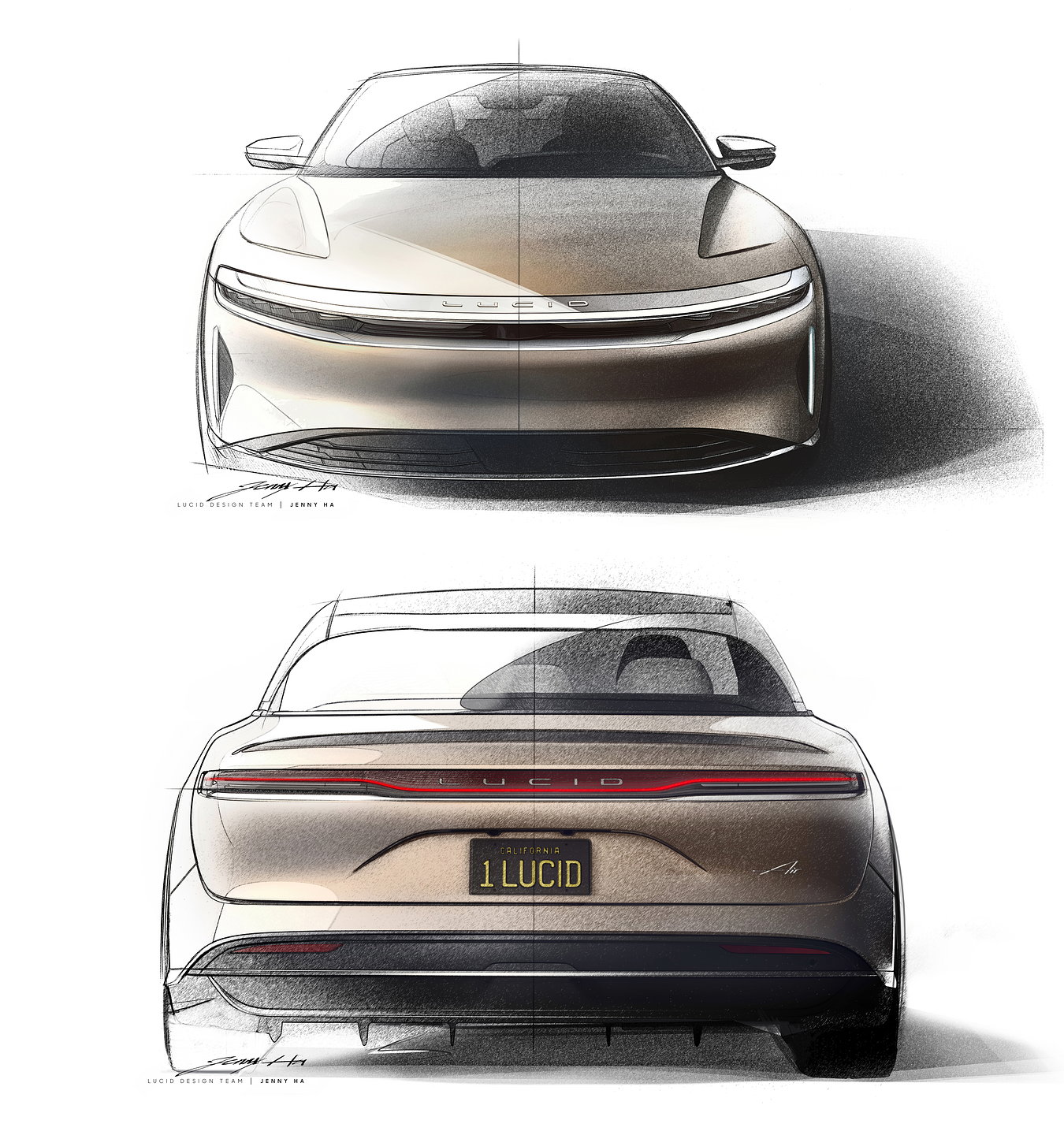 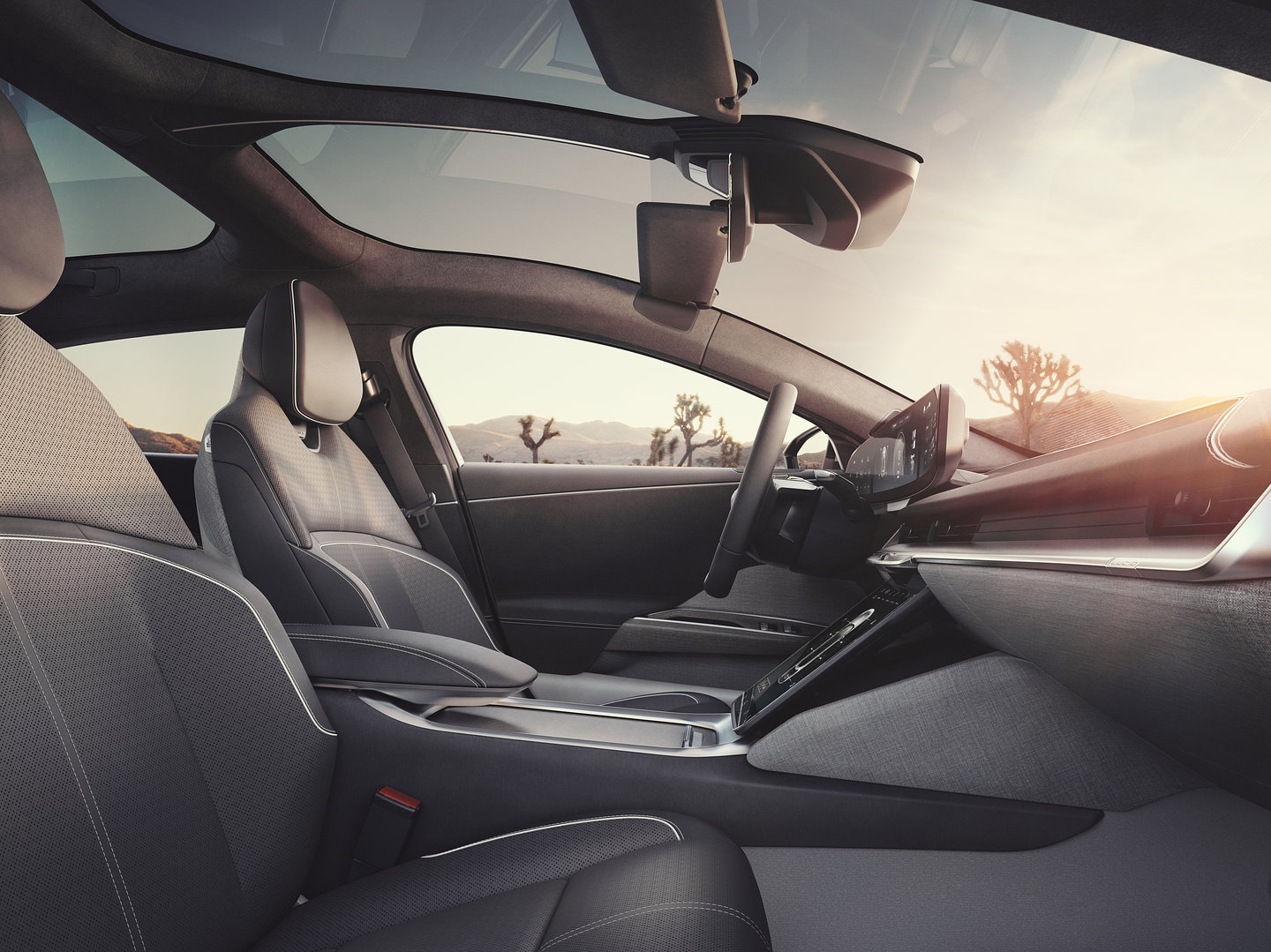 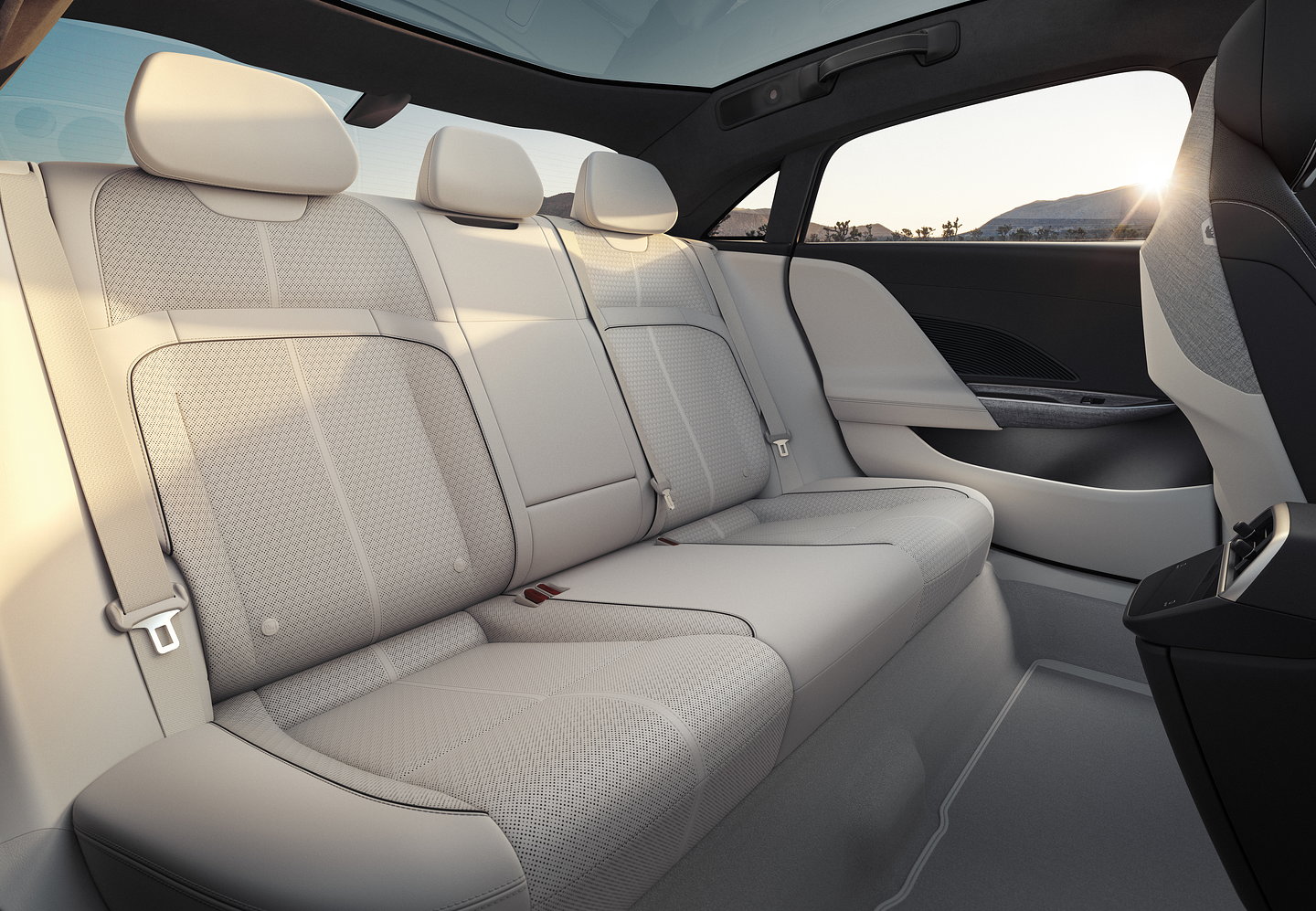 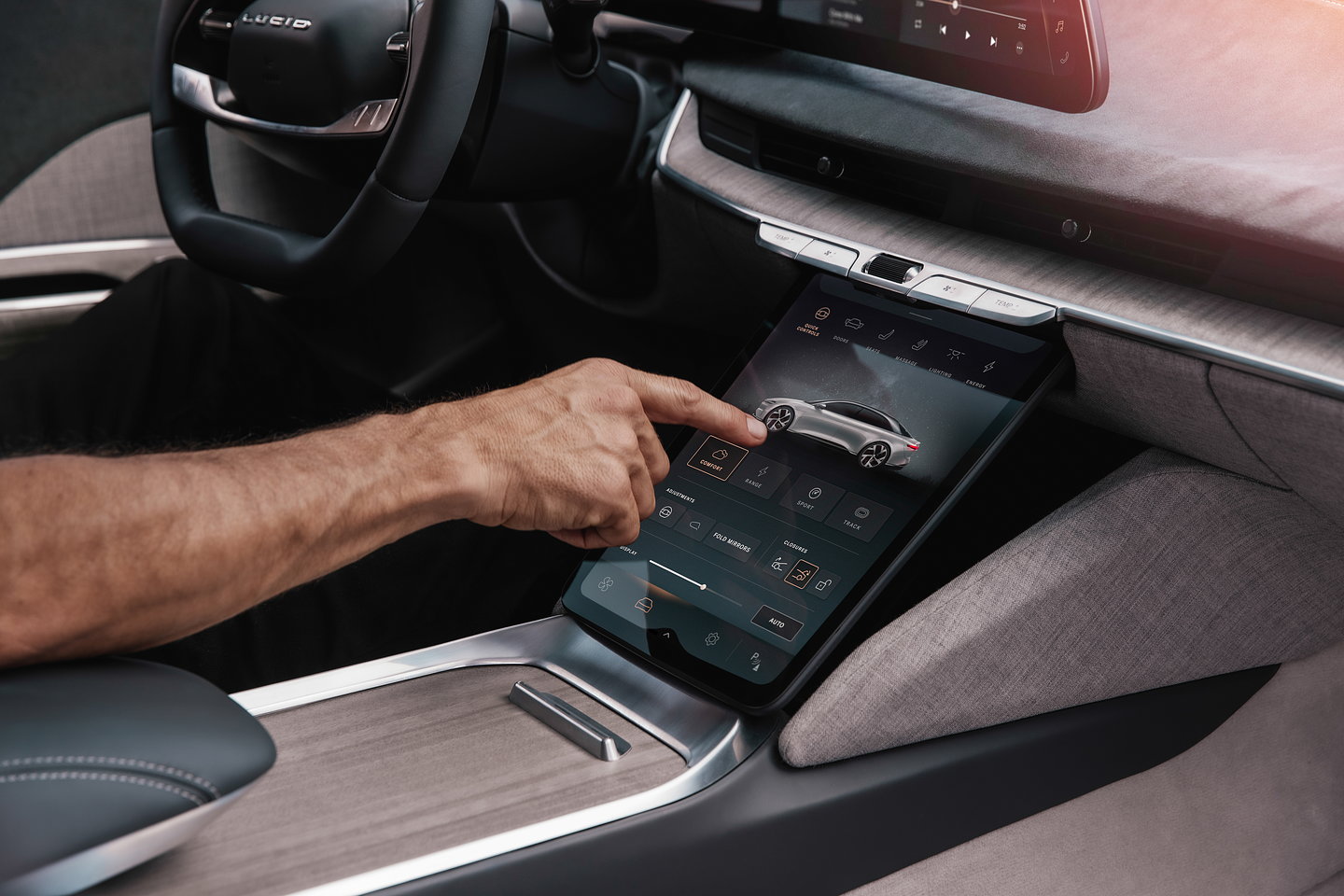 Having now seen the car in a Design Studio, it is easy for me to understand how the Air won this award.

I do wish, however, that writers would quit with the "Tesla Killer" moniker. It's nonsense; it reflects lazy, click-bait-driven, copycat journalism; and it detracts from what Lucid is actually trying to accomplish with its entry to the market.
You must log in or register to reply here.
Share:
Facebook Twitter Reddit Pinterest Tumblr WhatsApp Email Link
Menu
Log in
Register
Top